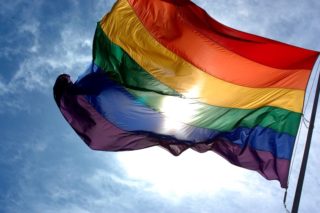 I wanted to take the time, on behalf of everyone at Odyssey Health Services Inc., to wish everyone in the LGBTQ+ community a Happy Pride Month!  This is a time for celebration, activism, recognition, and pride for everyone in the community, and as an ally, I feel privileged to be able to be a part of it.

I have had both personal and professional experience interacting with the LGBTQ+ community, and I’m hoping today to share a little bit of what I’ve learned over the years.  Professionally, I have always been interested in being able to help individuals who identify as LGBTQ+.  Although we have come a long way as a society in recognizing and accepting LGBTQ+ individuals, resources for this group are scarce, and I’ve always had a desire to help change that.

During my time as a private practice therapist, I attended Oxford County Pride and catered to the LGBTQ+ community in my practice.  I’ve been to the 519 in Toronto to attend their Creating Authentic Spaces workshop, and I have used many resources from Rainbow Health Ontario to try and increase my knowledge in the hopes that I can be the best ally possible.  More recently, I attended a training session held by Rainbow Health Ontario designed for mental health care providers to help individuals who identify as transgender.  This seminar covered not only how to help these individuals understand the process of physically transitioning, but also understanding that transitioning means something different to everyone.  And that’s what I’ve found to be the underlying theme of both training and information for the LGBTQ+ community, as well as for people in general – everyone is unique and everyone’s journey is their own.

I don’t want to pretend that I have all the answers or that I can truly understand and appreciate what being a member of the LGBTQ+ community means, because I don’t.  I do, however, feel as though I’ve gained some valuable insight, not only into the struggles that this group feels, but also the amazing, beautiful people that create it.  So I thought I would share some of what I’ve learned so far in my journey, in the hopes that others may learn something too, and we can all be better allies and better humans.

So, if you’re an ally trying to do your best to foster an accepting and open environment, following some of these tips may help:

This applies to many different things, including gender, sexual orientation, race, ethnicity, etc.  Also, don’t assume that just because someone identifies in a certain way that their journey has to look a certain way as well.  For example, not all people who identify as transgender have the desire to physically transition to their identified sex.

Also, never assume that someone has come out to everyone.  If someone has trusted you with this information, take that as a compliment.  It is not your job or your right to tell other people about an individual’s sexual or gender identity.  This leads perfectly into my next tip:

If you’re not sure how to refer to someone, simply ask them which pronouns they would like you to use – they would much prefer you to ask the question than to misgender them, for example.

While this may seem counterintuitive to number two, it’s really not.  Here we’re talking about more than just asking someone about their desired pronouns.  Just like you don’t want to be asked questions about your sexual history or desires (probably), neither do people in the LGBTQ+ community.  It’s not appropriate to ask if someone has physically transitioned if they identify as transgender, to ask about someone’s sexual history, or to grill someone about their experience.  If they want to divulge this information, then they will do it on their own.

For more tips on how to me a more effective ally, click here.

Ally:  “A person who works to end a form of oppression that gives them privilege(s).  Allies listen to, and are guided by, communities and individuals affected by oppression” (The 519).

Asexual:  “A sexual orientation where a person experiences little or no sexual attraction” (The 519).

Bisexual:  “A person who is emotionally, physically, spiritually, and/or sexually attracted to people of more than one gender, though not necessarily at the same time” (The 519).

Cis/Cisgender:  “Cisgender is used to explain the phenomena where a person’s gender identity is in line with or ‘matches’ the sex they were assigned at birth” (The 519).

Gay:  “A person whose enduring physical, romantic, spiritual, emotional, and/or sexual attractions are to people of the same gender.  The word can refer to men or women” (The 519).

Intersex:  “A term used to describe a person born with reproductive systems, chromosomes and/or hormones that are not easily characterized as male or female… Some intersex people identify with their assigned sex, while others do not, and some choose to identify as intersex” (The 519).

Lesbian:  “A woman who is emotionally, physically, spiritually, and/or sexually attracted to women” (The 519).

Pansexual:  “A person who has the potential for romantic and sexual attraction to people of any gender or sex” (The 519).

Queer:  “Formerly derogatory slang term used to identify LGBT people.  Some members of the LGBT community have embraced and reinvented this term as a positive and proud political identifier when speaking among and about themselves” (The 519).

Trans/Transgender:  “Umbrella terms that describe people with diverse gender identities and gender expressions that do not conform to stereotypical ideas about what it means to be a girl/woman or boy/man in society.  ‘Trans’ can mean transcending beyond, existing between, or crossing over the gender spectrum.  It includes but is not limited to people who identify as transgender, transsexual, cross-dressers or gender non-conforming (gender variant or gender-queer).  Trans identities include people whose gender identity is different from the gender associated with their birth-assigned sex.  Trans people may or may not undergo medically sup­portive treatments, such as hormone therapy and a range of surgical procedures, to align their bodies with their internally felt gender identity” (The 519).

Again, this list is by no means an exhaustive one, but is rather a list to help you clarify what some of these terms mean, if you are not familiar already.

nextHow to Stay Present in a World that Loves Multitasking

Odyssey Health Services is passionate about using the best that science has to offer to help people achieve a more meaningful life. For more then 20 years, the most challenging work-related disability issues have become our successes. We help our patients to reclaim their lives and move towards what matters to them most.